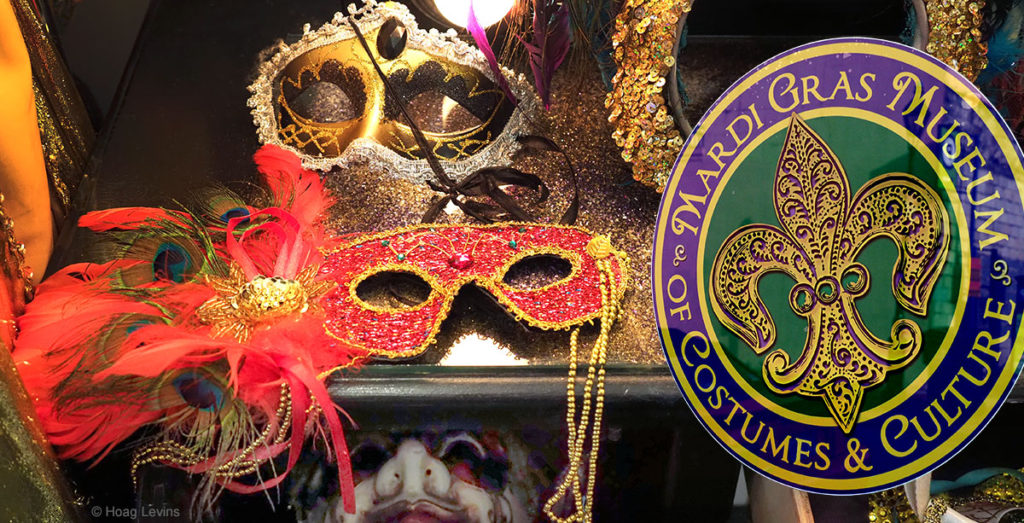 The Mardi Gras Museum of Costumes & Culture is one of New Orleans' little known gems.

Although its music and cuisine are world famous, today’s New Orleans’ Bourbon Street experience, with its tawdry come-ons and often wall-to-wall street drunks, can quickly wear on a visitor. It made me wonder where I might find other French Quarter attractions that captured the colorful essence of the Big Easy — but in a less raucous manner. That led me to the Mardi Gras Museum of Costumes and Culture on Conti Street, two blocks northwest of Bourbon. 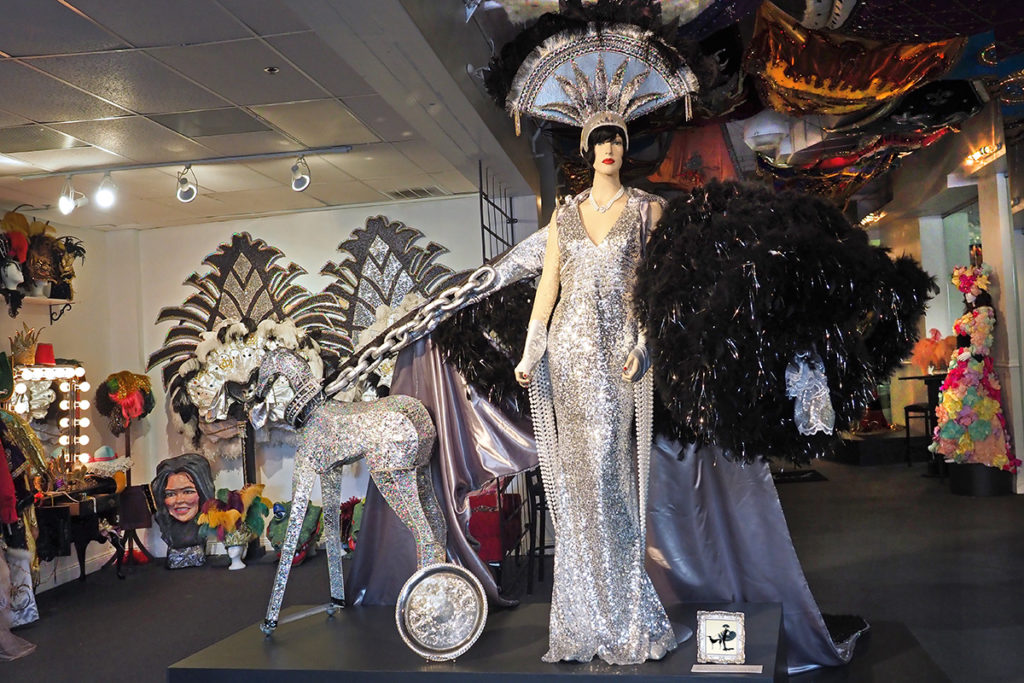 The brainchild of famed NOLA costume designer and theatrical impresario Carl Mack, the facility's galleries feature the proudly gaudy and sometimes wonderfully bizarre attire and contraptions that have paraded through the Mardi Gras over the last century. Mack, a formally trained musician, graduated from Rochester's Eastman School of Music, and arrived in New Orleans in 1983. He went on to become a costume designer who organized street performers into theatrical shows that made him a successful entertainment producer. Above is a Mack-designed Mardi Gras costume called "Symphony in Black." 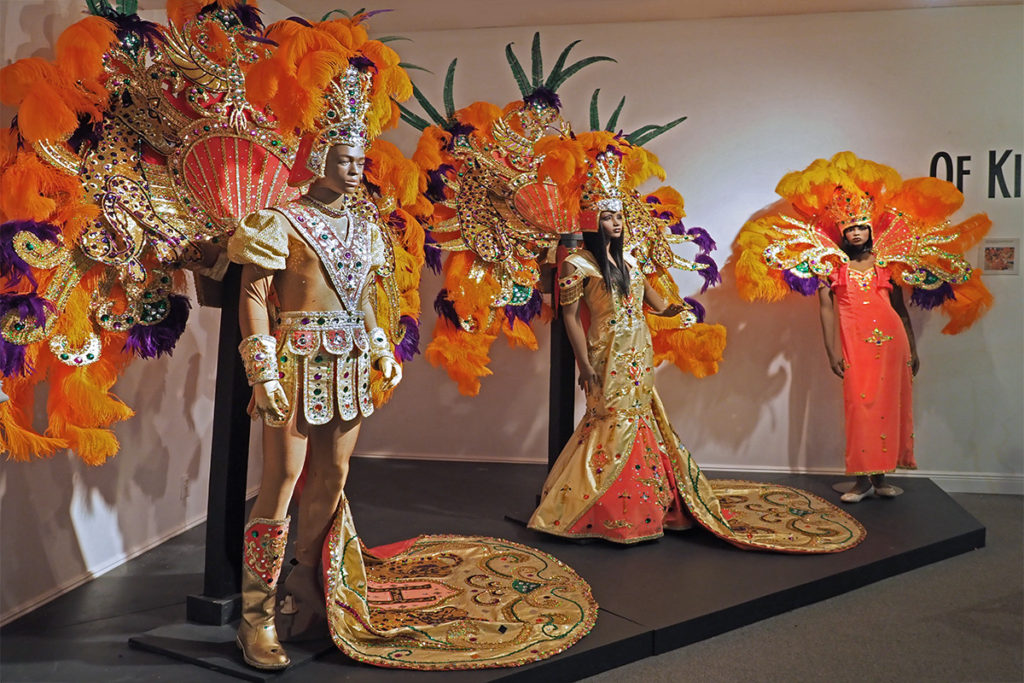 Early on, to inform and inspire the creation of his own Mardi Gras designs, Mack began acquiring Mardi Gras costumes. Thousands of them now make up much of the his museum's collections and he is constantly adding more. Above is a gallery display of the king and queen group that led the 30-member Treme Sidewalk Social Aid and Pleasure Club performance in the 2017 parade festivities. 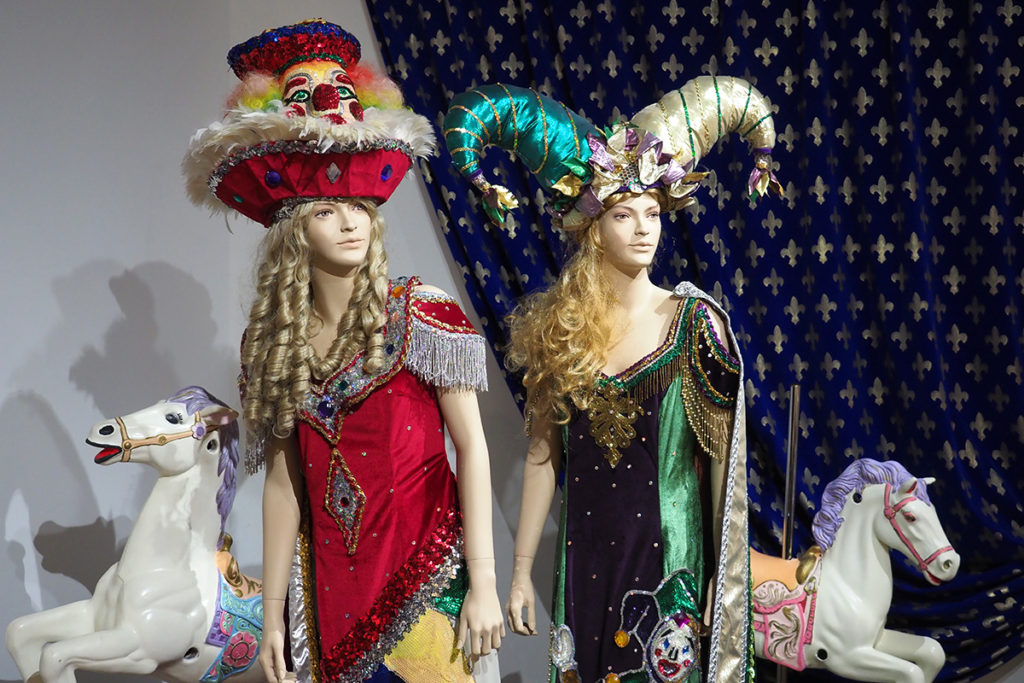 The museum includes Mardi Gras parade artifacts from the latest carnival season as well as from events of nearly 100 years ago. The most extraordinary aspect of these hand-made costumes is their incredibly intricate detail. 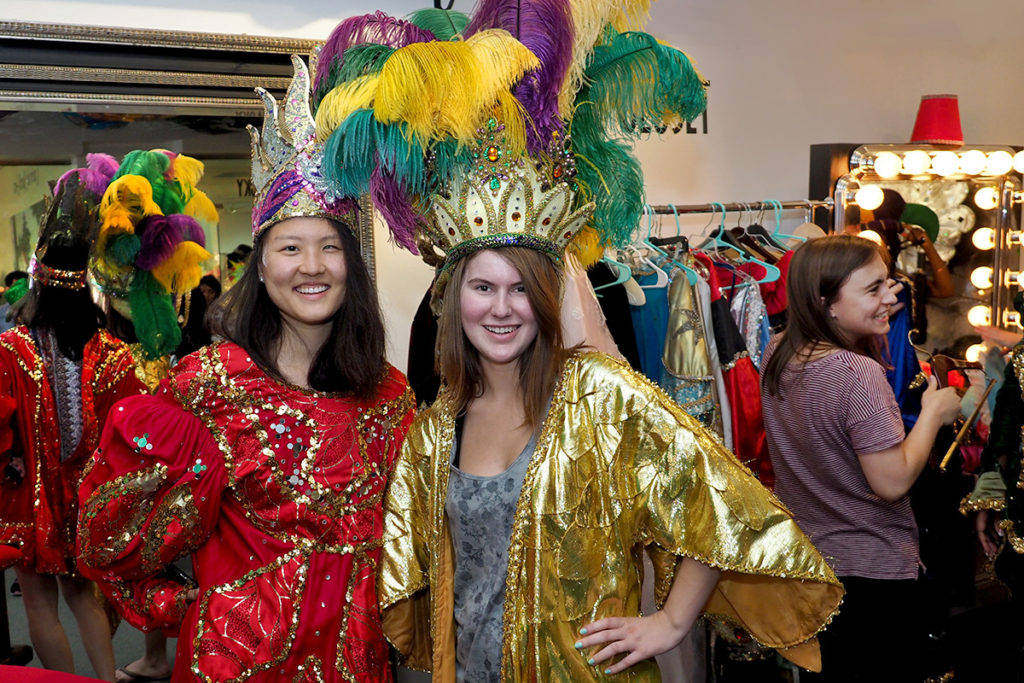 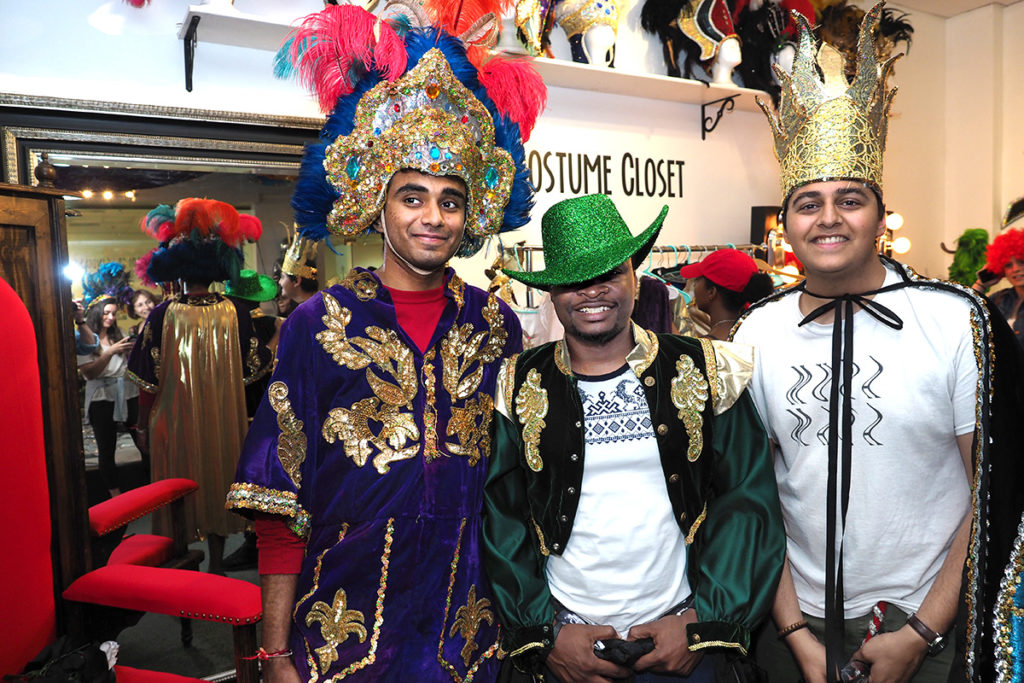 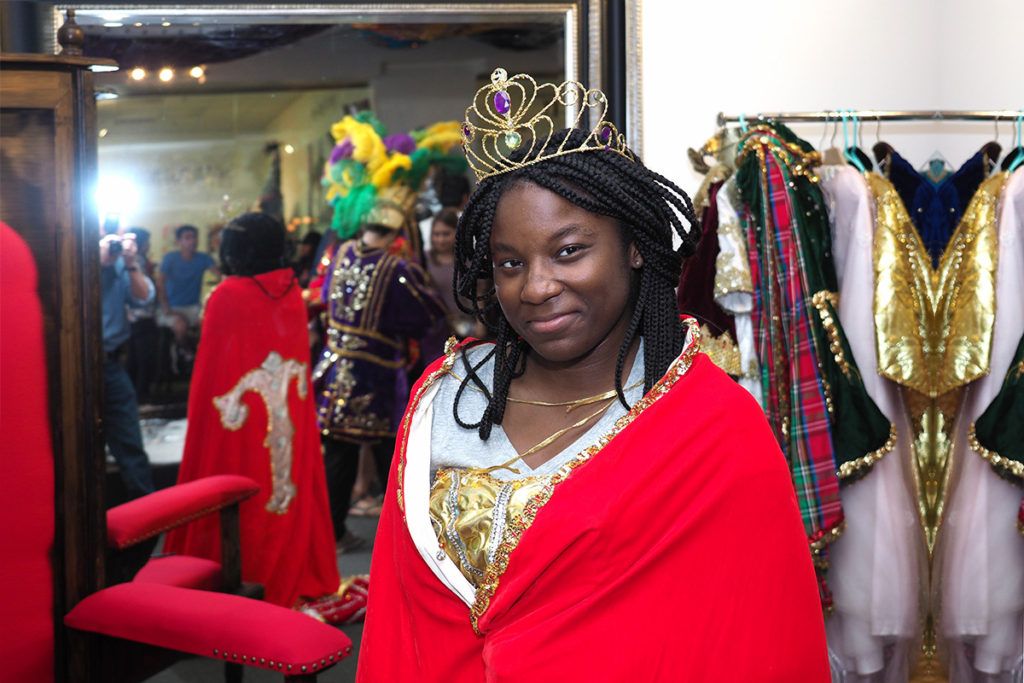 Nearby, trying on the royal robes and crown of a Mardi Gras Queen, is Markeya Menefee, a Biology Major from Cheyney University. 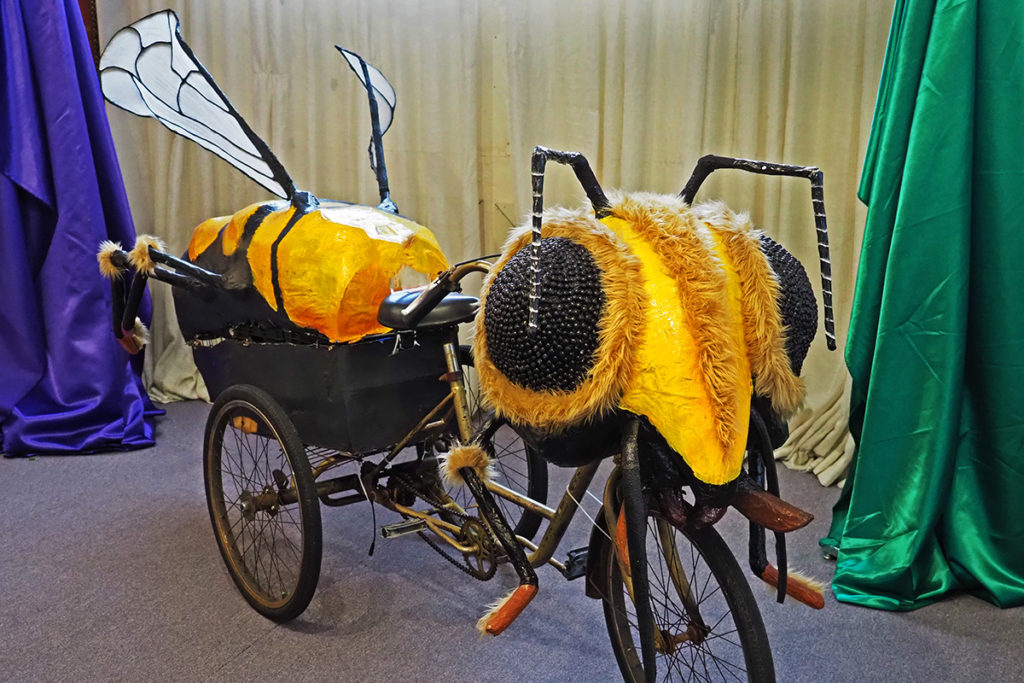 In creating the museum galleries, Mack teamed up with local celebrity Katrina Brees, a Boston artist formerly known as Karina Nathan, who moved to New Orleans in 2005 and reinvented herself as Katrina Brees. Involved in a bevy of over-the-top artistic initiatives, she is best known for her "Bicycle Zoo" of fantastical animal sculptures built on bicycle chassis that are peddled through the Mardi Gras season's various carnival parades. Above is Brees' "Queen Bee" bike built for the 2015 Mardi Gras. 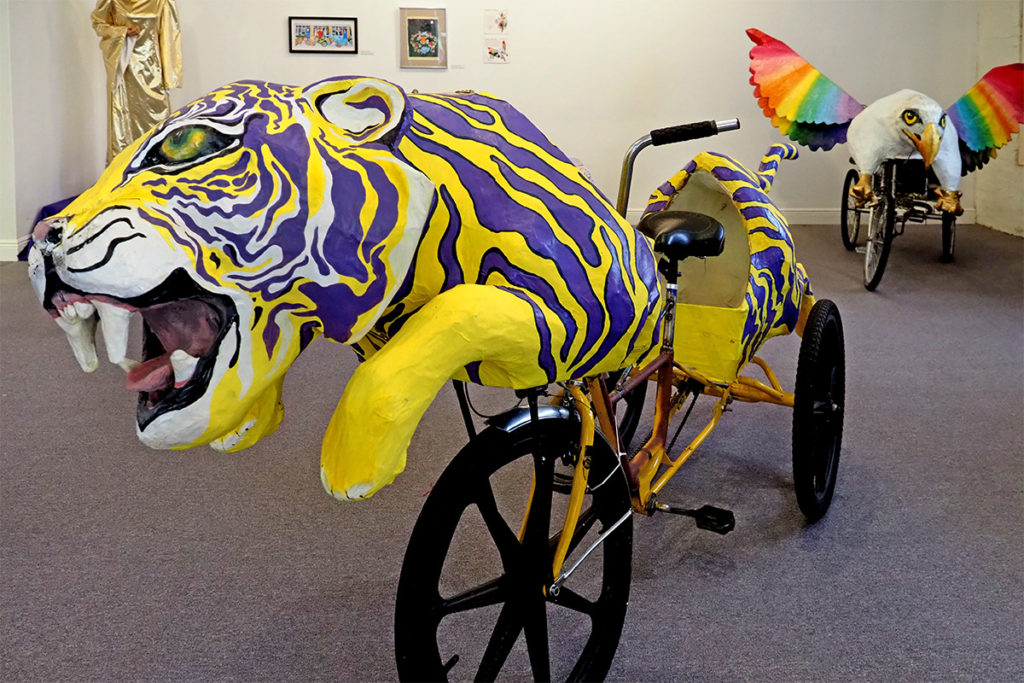 Katrina Brees' "Toussaint the Tiger" and "America the Eagle" are some of the creatures in the bicycle zoo now displayed in the museum. 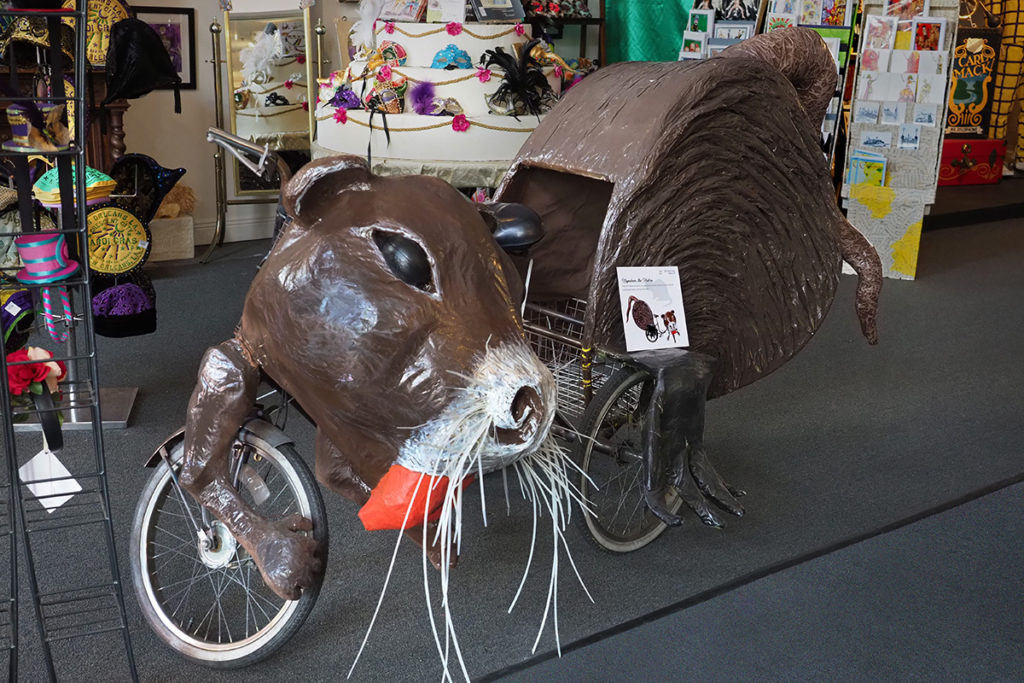 Like the others, "Napoleon the Nutria" art bike was sculpted with papier-mâché and street junk gathered from around the city. The bicycle zoo has become so popular that various of its bikes are hired out for holiday parades in other parts of the country. 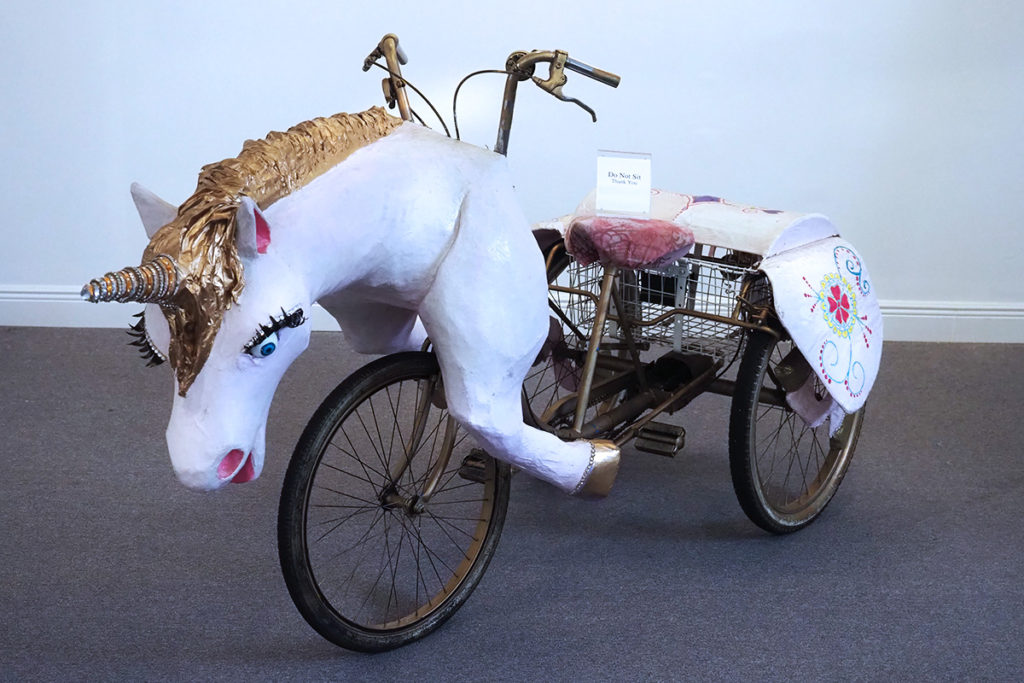 Playing with a creature idea that shows up in many forms at the annual carnival, this unicorn in the Mardi Gras Museum of Costumes & Culture is another of Katrina Brees' "Bicycle Zoo" creations. 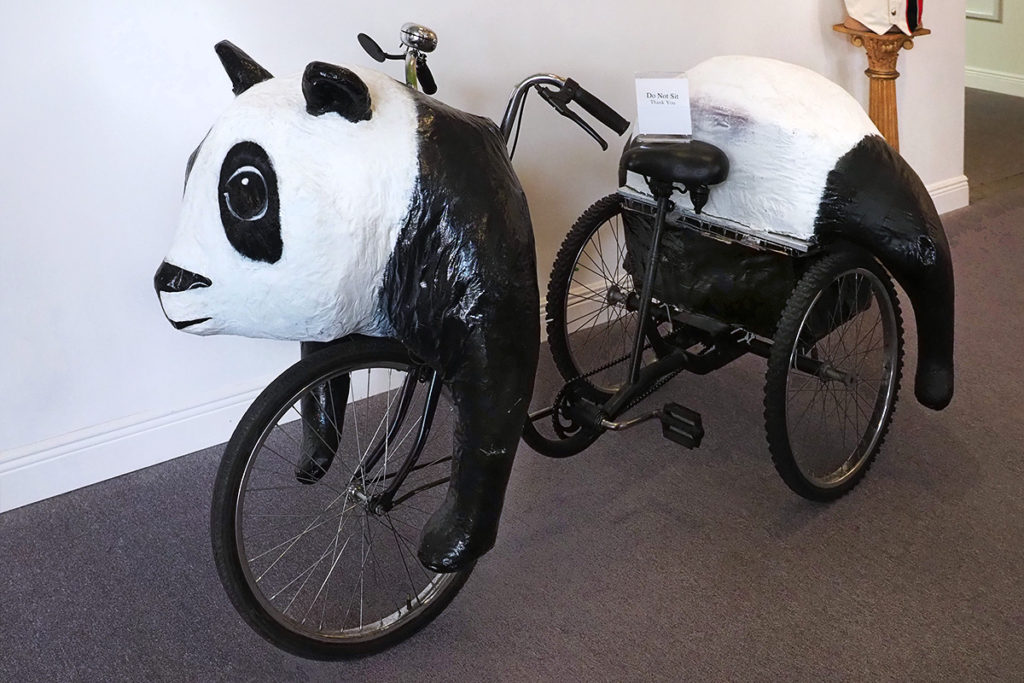 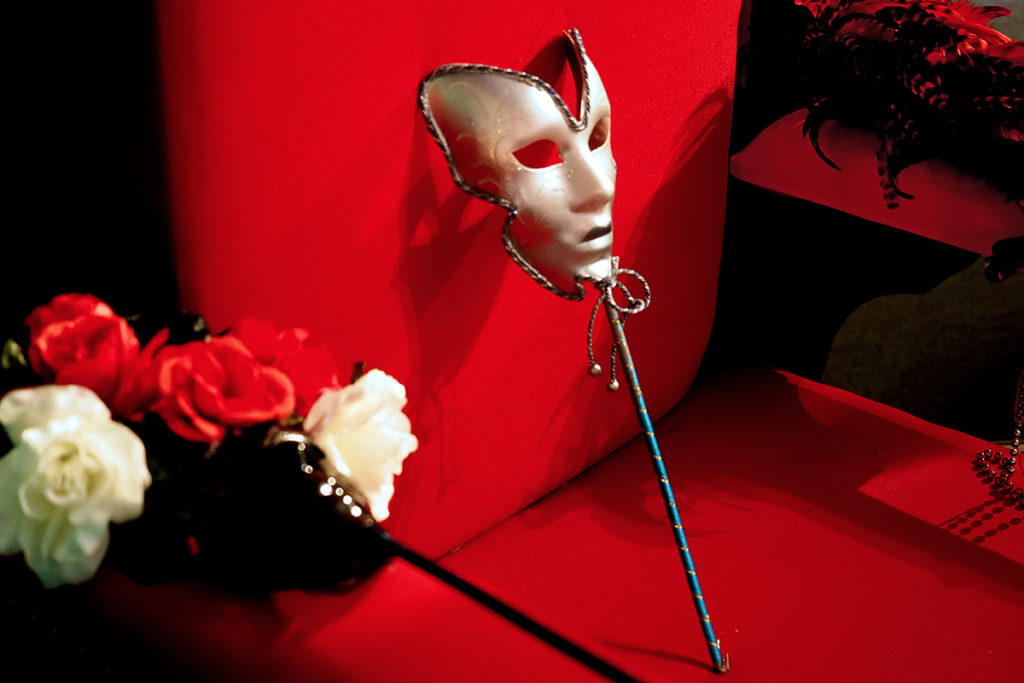 Museum exhibits also celebrate masks and their central role in Mardi Gras. Most of the participants who ride on floats are masked, as are many of those in the street marching groups. While there are many kinds of masks, handheld Venetian-style masquerade masks (above) are a mainstay of the overall French influence that shaped much of New Orleans culture since the first Mardi Gras celebration was held in 1837. 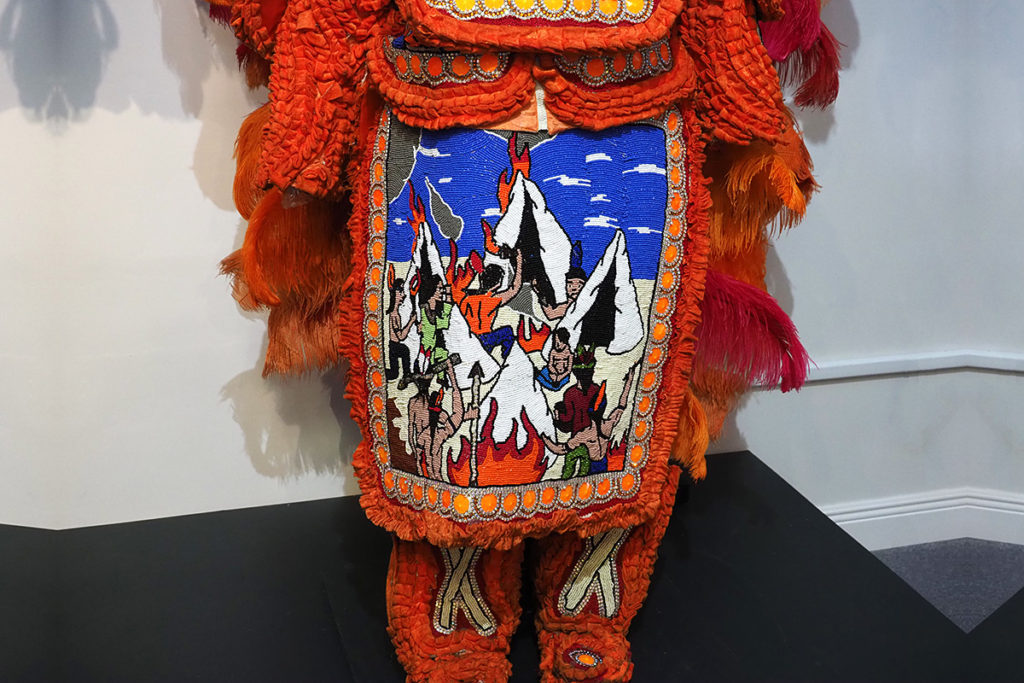 One museum gallery was devoted to the history of Indian-themed Mardi Gras costumes made exclusively by local African American festival groups celebrating that community's complex historical relationship with local Native American tribes. During the heyday of southern Louisiana's slave plantation culture, bayou-dwelling Indian tribes often assisted runaway slaves even as some Indian businessmen owned slaves, while still other Indians were themselves captured and forced to join African Americans as slaves on local plantations. 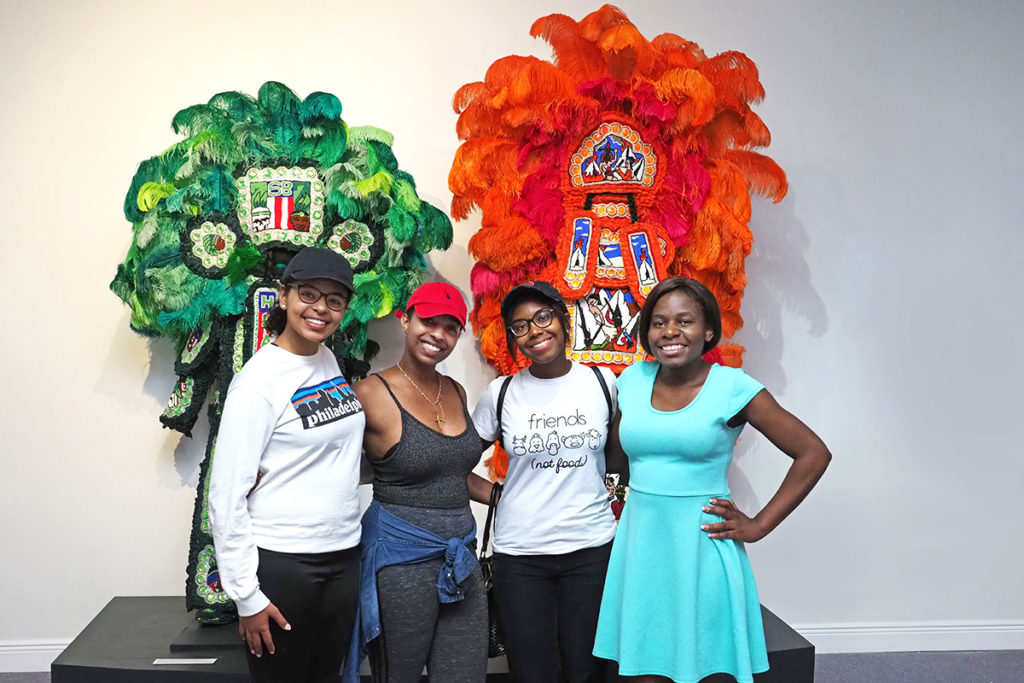